PLATFORM is pleased to present, Station to Station, an exhibition of new work by Vancouver-based artist Raymond Boisjoly. Boisjoly continues his investigation into the status of the photographic image – that, in his own words, acts as “an object that negotiates darkness.” Exploring the politics of representation, Station to Station is comprised of abstracted film stills created through the productive misuse of technology. Sourced from Kent Mackenzie’s film, The Exiles (1961), Boisjoly’s images are made by scanning the film while it is being played on a portable digital video player: turning moving images into still ones. The documentary style film, now preserved by the American National Film Registry, follows a group of Aboriginal friends living in Los Angeles. Over a twelve-hour period, the film records their candid discussions of home, community, and future. 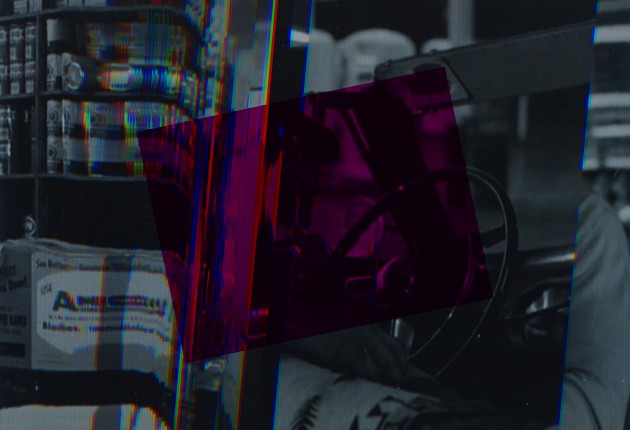 Station to Station is comprised of stills specific to a scene involving a gas station. The group of friends have stopped to fill up; joking with one another, they plan the rest of their evening. By focusing on the activity surrounding the station, Boisjoly references his earlier series of work titled Rez Gas. Rez Gas uses rudimentary technology to index a variety of gas stations taken on First Nation communities throughout British Columbia. By drawing attention to the image of a gas station in a totally different context, Boisjoly examines this loaded subject from a different angle. He highlights the complex relationship that exists between Aboriginality and place, and reinforces one of the central themes of the film – the issue of mobility.

Through distortion, disruption, and eventual re-presentation Boisjoly draws our attention to a singular and significant moment from recent cultural memory. Boisjoly’s images are tentative. The subjects appear and disappear, the work speaks to remembering and yet forgetting; there is no fixed representation. Station to Station uses the light of the scanner to bring these images into existence, reinforcing how subjectivity can be both informed by and resistant to technological processes.

Station to Station is curated by Derek Dunlop.

Images from Station to Station 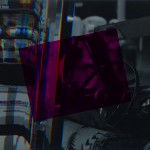