PLATFORM centre for photographic + digital arts is pleased to announce the exhibition, “little resistances” featuring new work from Scott Benesiinaabandan (QC). Please join us at the opening reception Friday 05 June 2015 at 7 PM. A Salon Night with the artist will take place Wednesday 03 June from 7-10 PM. Both events are free and open to the public. Contact the gallery for more information and to register for the Salon Night. 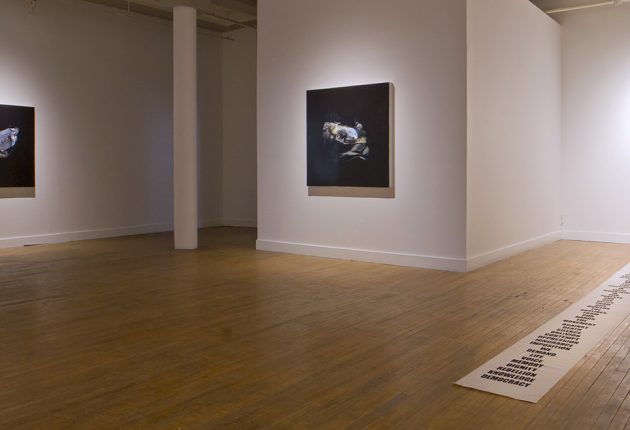 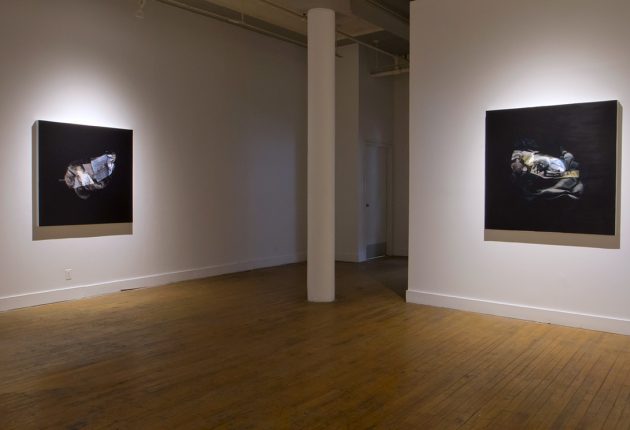 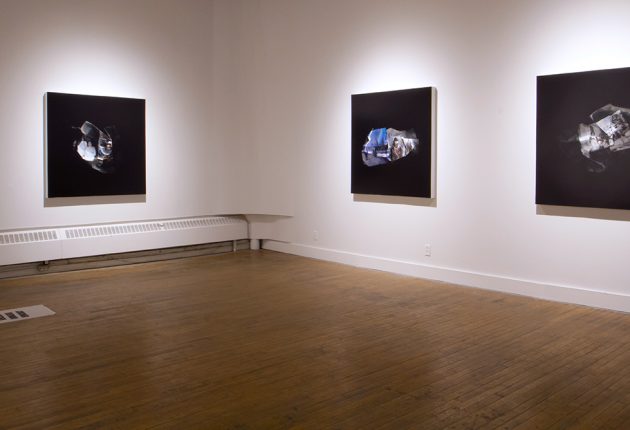 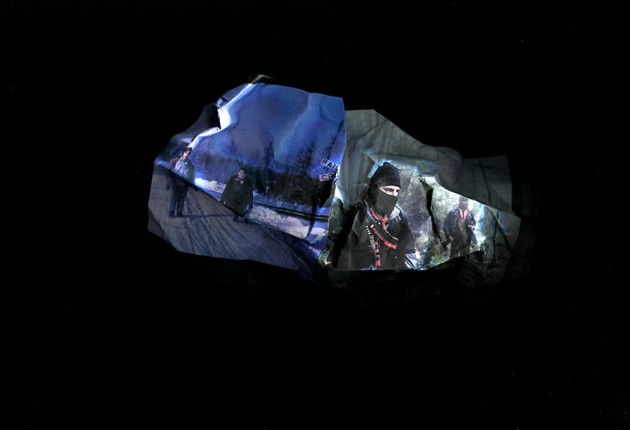 little resistances includes new work by Scott Benesiinaabandan that investigates the relationship between the geneses of an individual’s personal, daily acts of resistance and the incidents, stand-offs, and crises that typify the monumental, historic ones. He begins with family snapshots of seemingly personal memories, pairing them with journalistic shots of well-known Indigenous resistances. However, the location of the personal and the historic in these couplings is flipped, illustrating the fundamental connection between the two; showing how one can inform, instigate and ignite the other.

Once paired and printed, the images are crumpled and creased, calling to mind gestures of violence, but just as easily implying empowerment. The personal and the historical meet, collapse and reconfigure. Now objects, they are placed on a scanner, whose unique image-making qualities reconvert them from three-dimensional forms back into two-dimensional pictures. The result is a map, or mapping, of the memories and meanings coded in each image to the stories and histories of Indigenous struggle. And vice versa.

About the artist | Scott Benesiinaabandan is an Anishinabe intermedia artist that works primarily in photography,video, audio and printmaking. Scott has completed an international residencies at Parramatta Artist Studios in Australia (2012), Context Gallery in Derry, North of Ireland (2010) and is most recently been awarded the University Lethbridge/Royal Institute of Technology iAIR residency 2013, along with international collaborative projects in both the U.K and Ireland. He is currently based in Montreal, where he completed a year long Canada Council New Media Production grant through OBx Labs/Ab­TeC and Concordia.

In the past four years, Benesiinaabandan has been awarded multiple grants from the Canada Council for the Arts, Manitoba Arts Council and the Winnipeg Arts Council. Benesiinaabandan has taken part in several notable group exhibitions across Canada and internationally, most notably in Harbourfront’s Flatter the Land/Bigger the Ruckus (2006), Subconscious City at the Winnipeg Art Gallery (2008), GHOSTDANCE at Ryerson Image Centre (2013) and solo exhibitions,unSacred, at Gallery 1C03 (2011) and in Sydney, Mii Omaa Ayaad/Oshiki Inendemowin (2012) and Melbourne with “Blood Memories” (2013). 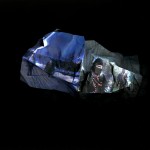