PLATFORM centre for photographic + digital arts in collaboration with Video Pool is pleased to announce the exhibition, Imaging Saturn (Modeling Views), a new multimedia installation from Regina-based artist Risa Horowitz. Please join us at the opening reception Friday 29 January 2016 at 7 PM. An artist talk is scheduled for 30 January at 2 PM. Both events are free and open to the public. 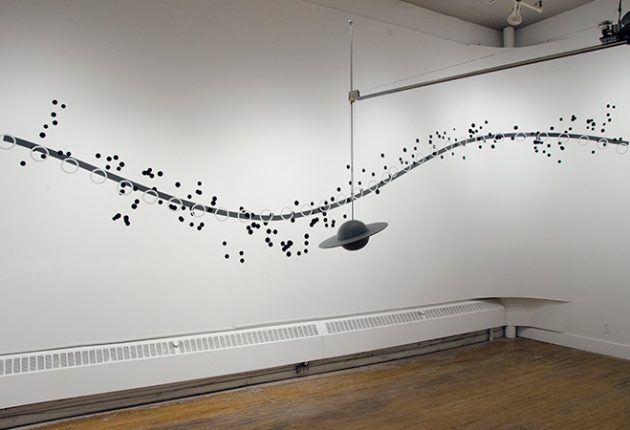 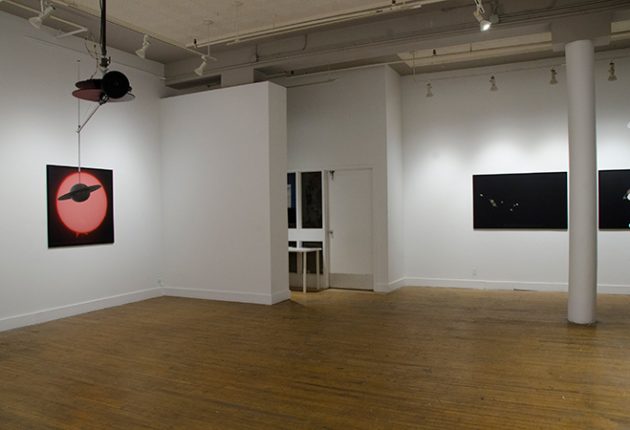 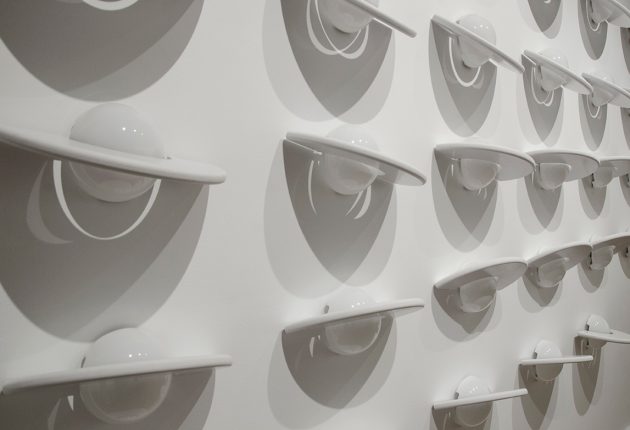 Risa Horowitz’s current long-term project, Imaging Saturn, sees her become an amateur astronomer and astro-photographer. The artist photographs the planet each year of its 29-year orbit (2011-2040), and creates works in many mediums including drawing, video, cross-stitch and kinetic/electronic sculpture.

STATEMENT – I saw Saturn through a telescope for the first time in spring 2010 and it brought me to tears. I became immediately aware of the real-ness of the planet, its simultaneous closeness and distance, and the incomprehensible scale of the universe. We are, for the most part, Earthbound, forgetting that we are hurtling through space, along with a multitude of other bodies also hurtling through space. Despite appearances it isn’t the stars that we see move when we look up; it is us down here, on Earth. The trouble with seeing space from Earth is both light and lenses. We do not see in ‘real-time’, because light travels. The refraction of light in the atmosphere impedes our view and muddies our ‘seeing’.

I have since become an amateur astronomer as part of my art practice. I want to nurture, across disciplines and media, our shared desire to know ourselves and be known. The project deals with themes of participatory science and data-visualization and explores crossovers and distinctions between the training that defines experts and the enthusiasm that defines amateurs.

Imaging Saturn (Modeling Views) is a selection of images and objects that depict Saturn’s appearance throughout its orbit. The exhibition is not illustrative; the viewer does not need to know the science. Within the exhibition there are photographs, and there are some lines and circles that refer to the apparent paths of the sun, stars, and Saturn. There are some apparently Modernist sculptures on the wall that swing back and forth like a pendulum, or something propelled by gravitational attraction. There is a kinetic sculpture that propels a model of Saturn around the gallery. And there is a video of that object in motion.

Imaging Saturn (Modeling views) has been supported by a Production Grant to New Media and Audio Artists from the Canada Council for the Arts.

BIOGRAPHY | Risa Horowitz is a visual and media artist and associate professor of visual arts at the University of Regina. She has lived and worked in seven Canadian provinces as an artist, educator, writer, and gallery programmer and is represented in Toronto by MKG127 Gallery. Horowitz’s art practice tends toward blurring the boundaries between expert-amateur, hobby-work, and leisure-productivity. She is also a tournament Scrabble competitor and vegetable gardener.