In the exhibition, At the corner, Bindi and Coles use collage and installation to reference screen based experiences that challenge and reinterpret the notion of the filmic. While the artists work independently, a similar cohesive theme emerges: the revision of the screen. Unifying their works is an expanded sense of how film can be defined. This exhibition explores an abstract picture of cinema, turned inside out and re-imagined as film without film 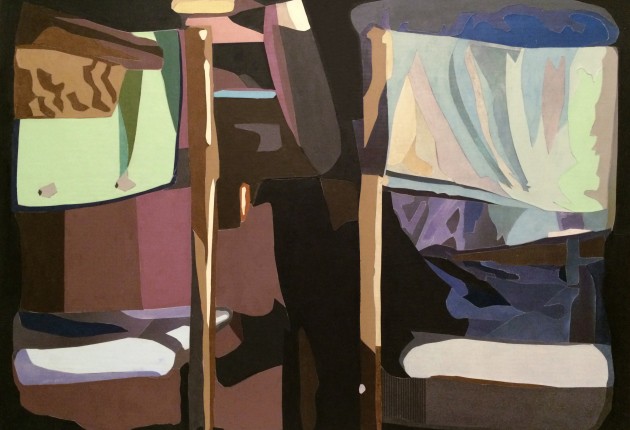 PLATFORM centre for photographic + digital arts is pleased to announce the exhibition, At the corner, featuring new work from Irene Bindi (MB) and Aston Coles (MB) and curated by Collin Zipp (MB). Please join us at the opening reception Friday 30 January 2015 at 7PM. Artist talks will take place Saturday 07 February at 1PM. Both events are free and open to the public.

Irene Bindi | Irene Bindi is a Winnipeg-based multidisciplinary artist. Her collage, film, and sound works have appeared at various Canadian venues including Send + Receive Festival of Sound, Suoni Per il Popolo, Aceartinc., Antimatter, Cinémathèque québécoise, Pleasure Dome, the Southern Alberta Art Gallery, and the Cinematheque Ontario, as well as an exhibitions at the Tweed Museum of Art, Duluth, MN and performances at the Alamo Drafthouse Austin TX, The Kosmos Albuquerque NM, and the Circle Cinema Tulsa OK. Irene received her MA in Film & Video from York University. She was a member of the WNDX Festival of Moving Image curatorial collective from 2011-2015 and has collaborated on sound/noise projects Blind Squab and Double Hook with Aston Coles since 2009.

Aston Coles | Aston Coles is a multidisciplinary artist currently living in Winnipeg, MB. He uses sound, performance, installation and sculpture as tools for situating both the viewer and artist into otherwise unlikely circumstances, toward a shared experience. He is currently working on a series of short duration sound installations about transient events and their associated movements and sounds. He is part of Blind Squab and Double Hook along with Irene Bindi, and performs solo noise as Single White Female.

Images from At the corner 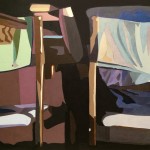