A communiqué from the past in the form of a multi-channel installation. Performed persona: sex, love, loss, mystery, and technology! 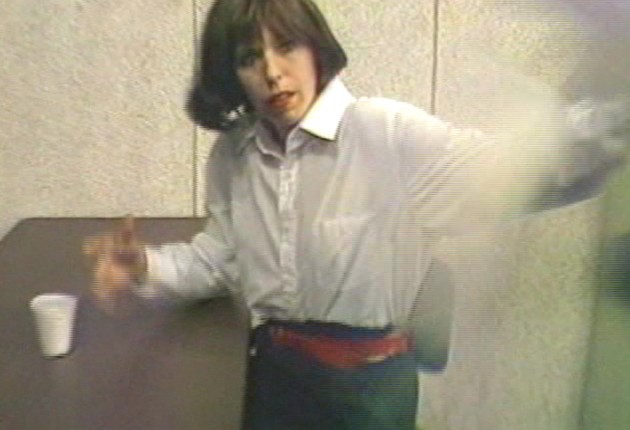 The work of Susan Britton, a Winnipeg native and one of Canada’s important voices in video-production, will be arriving at PLATFORM this spring in the form of a survey exhibition. These works by Britton, formerly an artist and one of the original founders of Toronto’s Vtape (a leading Canadian distributor of independent, artist-driven video art), have been out of distribution — and subsequently out of the public eye — for more than 15 years. Recently restored, this body of work comes to us as a strong voice from a previous life of video art in Canada. Britton’s work is adventurous, a mixture of sci-fi, politics, and drama with impeccable timing and sometimes synth beats. Her inquests into the future offer us skeptical inquiries into ideology, subjectivity, the meaning of art, and the feminine subject that continue to resonate. We are pleased to bring you her videos, which come to us as vignettes that can do more than just jog our memory, renewing subject positions and rhetoric from our recent past. This survey exhibition will assemble for the first time in Winnipeg a large selection of what remains of Britton’s catalogue. Britton herself will make an appearance, and we’ll delve into Canada’s video memory and see what stuff we are made of. This exhibition experiments with art history’s loose ends, offering a survey of her work, reclaimed. This iteration of Suspicious Futures is accompanied by a previously published catalogue — fully illustrated, with a full videography.

Please join us Friday 09 March at 7PM for a public reception with the artist and visiting curator. PLATFORM is also pleased to present Past-Futures, Present Tense: a round table discussion with Susan Britton, Allison Collins, and Hope Peterson at 3PM, Saturday 10 March.

About the artist: Susan Britton is Winnipeg-born and studied Advertising Art at Red River College only to drop out early in order to move to Halifax and attend NSCAD, where she graduated with her BFA in 1976. Between 1976 and 1986 she created a body of video work in Toronto and New York which dismantles notions of media, representation and the subject-viewer relationship. Her work was a complicated contribution to media production at the time, being only indirectly focused on issues of feminism, and using violent or seductive imagery to rupture cinematic tropes.About the Curator: Allison Collins is an independent curator and writer based in Vancouver, British Columbia. She was the curator of Hold Still Wild Youth: the GINA Show Archive, held at the Or Gallery and VIVO Media Arts Centre in 2010, and was chosen by Vtape to participate in the Curatorial Incubator v.8, where she researched the video programSuspicious Futures: Selected Video Works of Susan Britton, and published the monographic brochure stemming from this research. After its initial single-channel presentation in Toronto, Suspicious Futures toured to Vancouver Cinematheque’s prestigious DIM cinema. In 2011 Collins produced ARCLines, a series of written profiles that document the origins of each of Vancouver’s existing artist-run centres. Her current research, undertaken as a residency at VIVO Media Arts Centre, investigates formal and material qualities of time-based practices rooted in experimental media, which will be realized as an exhibition in Summer 2012. Collins has written critical texts and reviews for Fuse, C Magazine, and ARTSlant, and holds an MA in Critical and Curatorial Studies from the University of British Columbia.

About the panelist Hope Petterson: Hope Peterson is an interdisciplinary artist in Winnipeg. Her enthusiasm for the work of Susan Britton was sparked while she was Distribution Coordinator at Video Pool Media Arts Centre, and she included Britton’s International Band in the curated program Dangerous Headbands: New Wave Videos From the Vault, presented at the Winnipeg Art Gallery in 2009. Peterson’s 2011 video Threshold Economics was shown in the Plug In ICA exhibition My Winnipeg, at la Maison Rouge, France, and has since screened at the Macedonia Museum of Contemporary Arts, Skopje, and at ISEA, Istanbul.

PLATFORM wishes to acknowledge the support of its membership, board of directors, volunteers, and staff. Operating funding for PLATFORM exhibitions and projects is received from Manitoba Arts Council, Winnipeg Arts Council, and Canada Council for the Arts. This programme, curated by Allison Collins, originated at Vtape (January 29 – February, 26, 2011) and was titled The Curatorial Incubator v.8.Suspicious Futures: Select Video Work by Susan Britton. Special gratitude is owed to our colleagues at Vtape, in particular Lisa Steele and Wanda Vanderstoop. 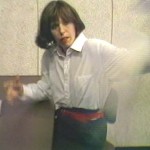