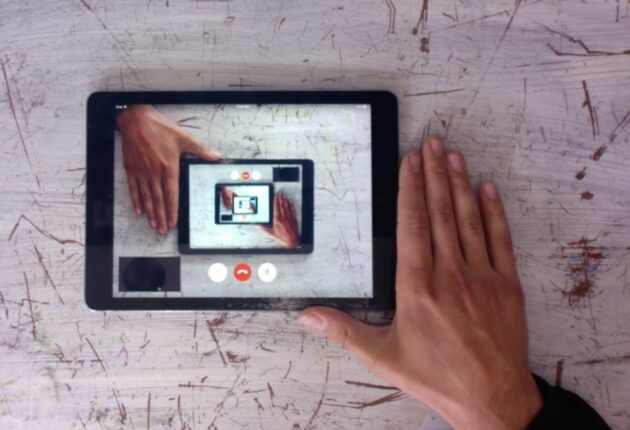 PLATFORM centre and co-presenters the Art Gallery of Regina are excited to announce Performance for aging Apple devices, a new online performance work by Colby Richardson (MB). This performance is designed to be viewed live and will be streamed on multiple devices. The performance will be live streamed on Monday June 1st and Thursday June 4th at 7 PM CDT.

“Performance for aging Apple devices” is a composition which uses Facetime video calls between damaged and discarded iPads, iPhones, and iMacs – and the nuances and limitations they produce – as a catalyst for new expanded cinema. The piece builds upon Richardson’s continued exploration into modes of appropriation of ubiquitous and outmoded media, and takes a playful approach to structuralist work. The performance is designed to be live streamed (and viewed) on multiple devices.

Colby Richardson is a media artist and experimental filmmaker currently based in Winnipeg MB, Canada. Driven by a fascination with underused media technologies, and by the way we interact with and value the technology at our disposal, Richardson’s work examines the artistic capabilities of devices often unconsidered and dismissed. By utilizing and re-contextualizing historic video equipment, everyday software, and ubiquitous electronics, Richardson creates dynamic and textural visual and auditory works, taking the form of; installations, performances, video-sculptures, expanded cinema, and single-channel film and video. His work embraces the potential meditative qualities of abrasive and jarring stimulus, and engages with atypical medium-specificity in a playful, structural, and exploratory manner.