PLATFORM centre for photographic + digital arts is pleased to present the fourth exhibition in our thematic programming year, where we are exploring artists use of collections and archiving with an idea toward to palimpsest or re-writable text as a way to discuss photography. Reset : post-consumer gamer culture is curated by mrghosty for PLATFORM and will feature new media work in print, projection, and hand-held interactive form by six well-known artists in the field machinima, game culture, and video: Party Time! Hexcellent!, Clint Enns, Ian Bogost, Max Capacity, Myfanwy Ashmore, Haydi Rocket 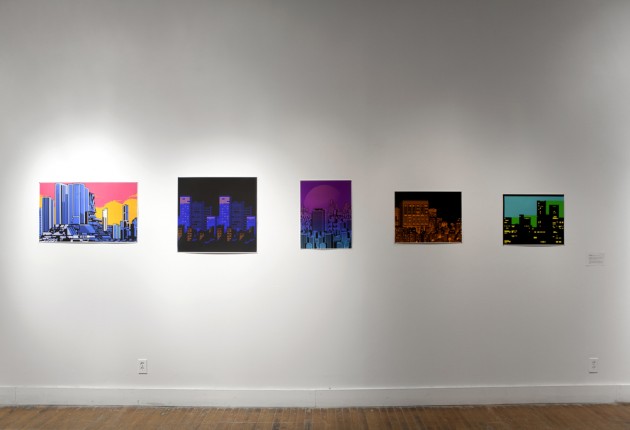 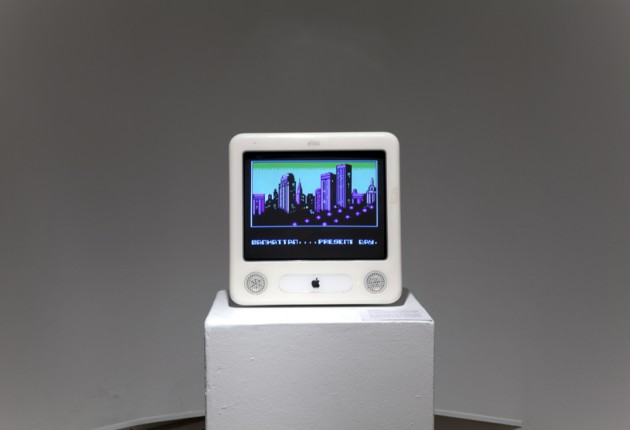 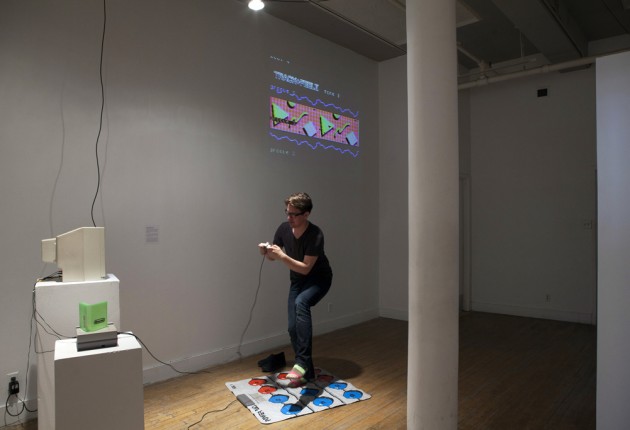 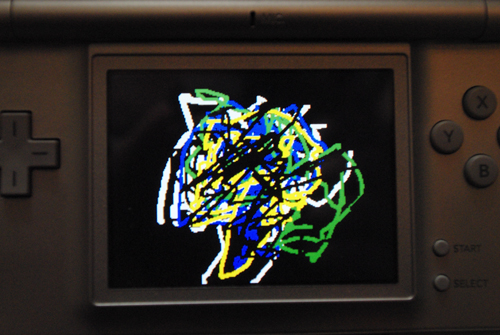 Video games as a medium is still very much a young one. Still less than fifty years old, gamer culture  and technology has grown exponentially over that time. What began as simple pixels creating  primitive representations of much grander ideas, has grown to become a multi-billion dollar industry with countless iconic brands, ‘worlds’, and affiliations. In the above board world of the game industry, a consumer economic model is the primary thrust behind the release of mainstream video games. However, as the medium has grown (much like it’s cinematic counterparts), contemporary gaming culture now embodies and intersects with a variety of independent creative practices including game design, game art, hacker culture, fan-generated artwork and more.Reset is an exhibition that encompasses the varied artistic practices of media artists who have embraced the technology, culture, and aesthetics of gaming as their chosen medium.   From those who use the aesthetics of heritage gaming to create digital drawings and short animated loops, to those who use the technology as a filmmaking tool (commonly known as ‘machinima’). Where others create their own interactive software applications (“games”), modify game controllers and interfaces.This exhibition seeks to give an overview of of these varying practices within the medium, while also highlighting the history of home gaming technology, through the devices that these works are viewed on, “played” on, and interacted with. The works represented in Reset recontextualize the notion of gamer culture as consumer culture;  by taking the spirit of play that gamer culture capitalizes on and transforming this notion of play into new forms of media art creation and interaction.
– mrghosty, curatorial synopsis

ABOUT THE ARTISTS
Myfanwy Ashmoreis a Canadian artist who has been involved in information art, new media art, video art, interactive art, internet art since 1995. She studied at the Emily Carr College of Art and Design, graduated from the Sculpture/Installation department at the Ontario College of Art & Design in 1996, and received her MFA from York University in 1998. As well as being an international exhibiting artist, she currently teaches New Media in the Image Arts Program at Ryerson University in Toronto. She has received numerous grants as well as awards from various councils and artist-run centres. Ashmore is known for her soma/somo project, a series of networked decaying grapefruits that communicate with the viewer and vice versa — for which she received a grant from the Canada Council for the Arts, which promptly ended up in debate in Canadian Parliament and inevitably the media. She is also known for the software art work “mario battle no.1” which was made in 2000, distributed by Year01.com and runme.org and was distributed with ROM and emulator on floppies across North America, generally outside the gallery system. These works, based on Super Mario Brothers, play on typical “rescue the princess” themes.Dr. Ian Bogostis an award-winning designer and media philosopher whose work focuses on videogames and computational media. He is Associate Professor at the Georgia Institute of Technology (where he is also Director of the Graduate Program in Digital Media) and Founding Partner at Persuasive Games LLC. His research and writing considers videogames as an expressive medium, and his creative practice focuses on political games and artgames. Bogost’s videogames about social and political issues cover topics as varied as airport security, consumer debt, disaffected workers, the petroleum industry, suburban errands, pandemic flu, and tort reform. His games have been played by millions of people and exhibited internationally at venues including Laboral Centro de Arte (Madrid), Fournos Centre for Digital Culture (Athens), Eyebeam Center (New York), Slamdance Guerilla Game Festival (Park City), the Israeli Center for Digital Art (Holon) and The Australian Centre for the Moving Image (Melbourne). Bogost holds a Bachelors degree in Philosophy and Comparative Literature from the University of Southern California, and a Masters and Ph.D. in Comparative Literature from UCLA. He lives in Atlanta. He is a popular academic and industry speaker and considered an influential thinker and doer in both the game industry and research community.Max Capacityis a media and technology artist from Santa Cruz, CA, whose work revolves around the aesthetic of “glitch”.   His glitch work is derived from a variety of dead media, including vintage video games, antiquated and malfuncting VHS machines, circuit bent toys and electronics, and more.   His work has been featured in various publications and exhibitions.Clint Ennsis a video artist and filmmaker from Winnipeg, Manitoba, whose work primarily deals with moving images created with broken and/or outdated technologies. His work has shown both nationally and internationally in installations, festival screenings, alternative spaces and mircocinemas. He has recently completed a master’s degree in mathematics at the University of Manitoba, and his interests include model theory of rings and modules, structuralist film, destructuralist video, and mathematics in art.Party Time! Hexcellent! (Rachel Weil)  creates interactive, glitchable visual art for the Nintendo Entertainment System. Her custom software, written in 6502 assembly language, is inspired by Japanese and American animation and comics, demoscene culture, and video games of the 1990s. She employs ultra-feminine design elements in her work as an allo-historical counterpart to the gendered digital play cultures of the past and present while evoking feelings of nostalgia and friendship with blocky, colorful animations. Party Time! Hexcellent!’s art and video installations have appeared internationally at events such as Blip Festival and gli.tc/h. Weil is also the curator of FEMICOM, the feminine computer museum.Haydi Roket (Mert Keskin)is an indipendent graphic designer and emerging media artist from Istanbul, TR.   His work is preoccupied with the aesthetics of 8 bit computer and gaming technology, made from vintage video game consoles and computers such as the Nintendo Entertainment System, Sega Genesis and various Commodore computers including the C64 and the Commodore Amiga.  Recently he began an 8 bit music project known as MIDI ROCKET, named for the classic MIDI sound files that predated our contemporary digital audio formats.ABOUT THE CURATORmrghosty (skot deeming) is a media artist, curator, and writer whose practice seeks to challenge consumer models of ludic play associated with video games and gaming culture. He does so by modifying game consoles, vintage video technology, and vintage video game interfaces such as joysticks, and gamepads: recontextualizng gaming devices as creative tools and interfaces for installations, and live audio visual performance. mrghosty’s curatorial practice is preoccupied with  ‘post-consumer play’ cultures: works that feature hacking, modding and other modes of creative play revolving around various digital platforms. http://www.ghostynet.wordpress.com 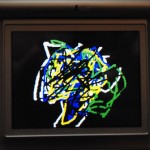 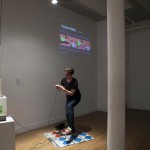 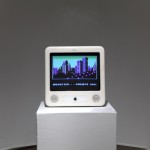 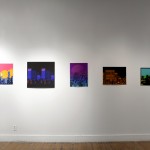