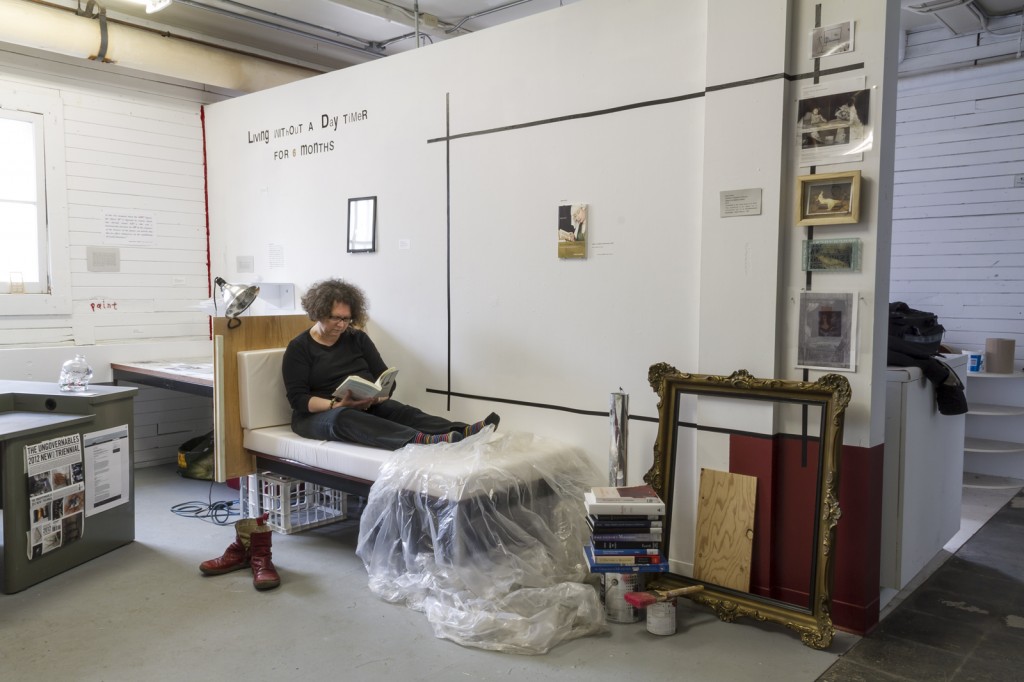 Sigrid Dalhe:  Interior Decorating as a Form of Research

PLATFORM is very excited to announce the third installment of ACTIVE RESEARCH, a quarterly lecture series beginning in January 2013 and culminating one year later. The purpose of this lecture series is to investigate the idea of research as an active practice rather than a passive model. We have approached four cultural workers / researchers / artists to each offer an hour long treatise on their research methodologies and how it informs or relates to their current creative pursuits. The four participants were chosen to reflect the Centre’s interest in cultural workers at various stages in their careers (emerging, mid-career, and established) in addition to their thought-provoking and experimental approaches to research.

“I’m not an interior designer and I only flip through Simply Living in airport lounges and doctor’s offices. But I do know that arranging and rearranging the spaces we befriend (and the ones that befriend us) is a kinesthetically rich way of doing research; a way of thinking, working through problems, making theory and talking to ourselves and others. In this task I will explore room installation as spatial ‘thought maps’ using my own curatorial and art installation projects as examples, as well as those of others.”  – Sigrid Dahle

Sigrid Dahle is an unaffiliated Winnipeg-based micro-performative curator and art writer who received her MFA from the School of Art, University of Manitoba. In 2013, she was awarded a Visual Arts Project Grant for Curators and Critics from the Canada Council for Arts to research and imagine a “human rights museum by artists.”