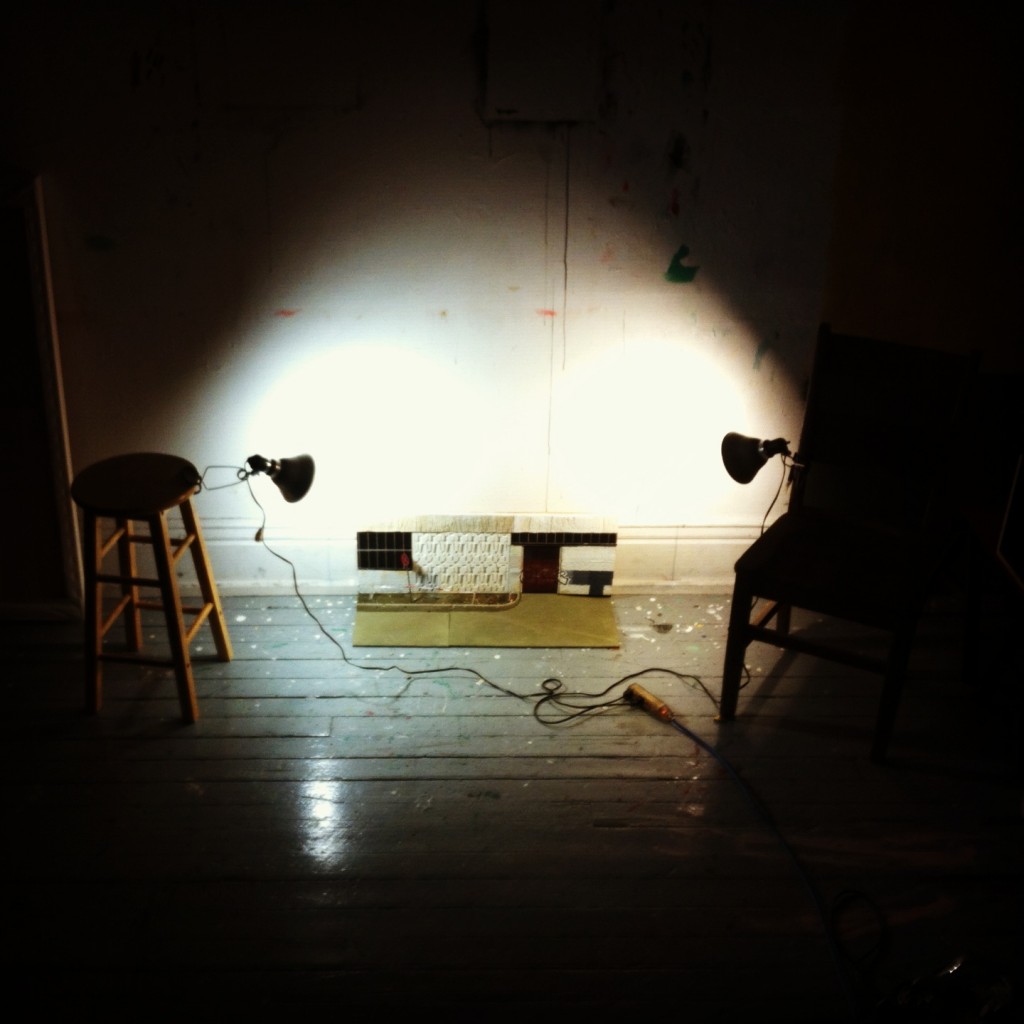 In conjunction with All of a sudden… PLATFORM is pleased to invite our member’s to an intimate studio visit with artist Ian August. It will include a short presentation by the artist followed by questions and answers. The event is open to PLATFORM members only and is free of charge. We will be meeting in front of August’s studio located at the Kuo Min Tang Building at 211 1/2 Pacific, just off Main St. in Chinatown. Please arrive a few minutes before 7PM. Also, please RSVP as space is limited.

Ian August is a painter that lives and works in Winnipeg. He received his Bachelor of Fine Arts Honours Degree from the University of Manitoba School of Art in 2004. In 2011 he completed his Masters of Fine Arts Degree at York University in Toronto and mounted the solo thesis exhibition Quarter Past Eleven. In 2012 he spent time in Berlin and the rest of Germany researching the Bauhaus school and the dissemination of its ideas to North America after being closed down in 1933. This project resulted in a series of paintings and drawings shown at Golden City Fine Art in Winnipeg, and a series of sculptures, paintings and video work titled RE: BUILD THEM that will show at The U of W’s 1C03 Gallery this November. He has also been working on a series of still life paintings that have been shown as part of The Full Compliment at One Night Stand Gallery and All of a Sudden currently on at the PLATFORM centre for photographic + digital arts.