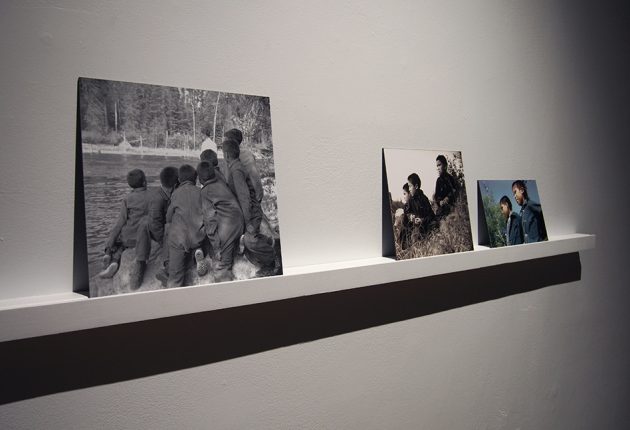 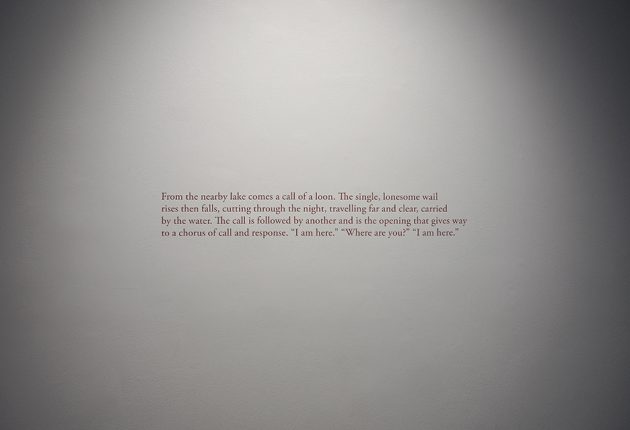 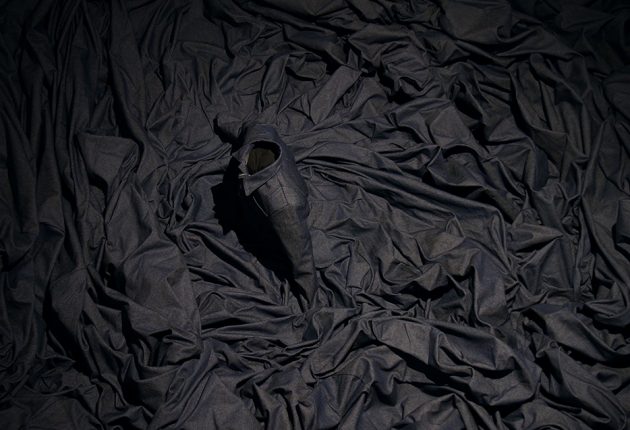 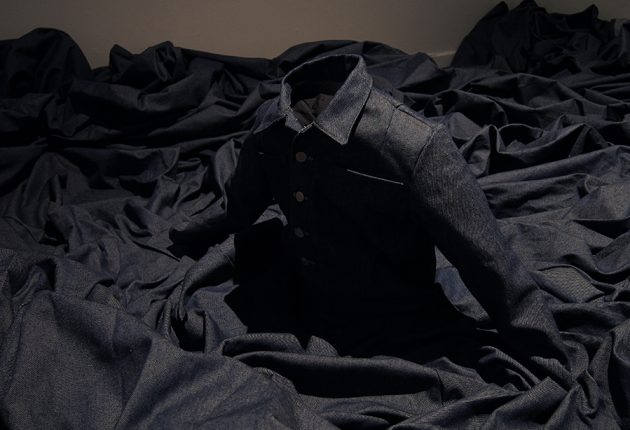 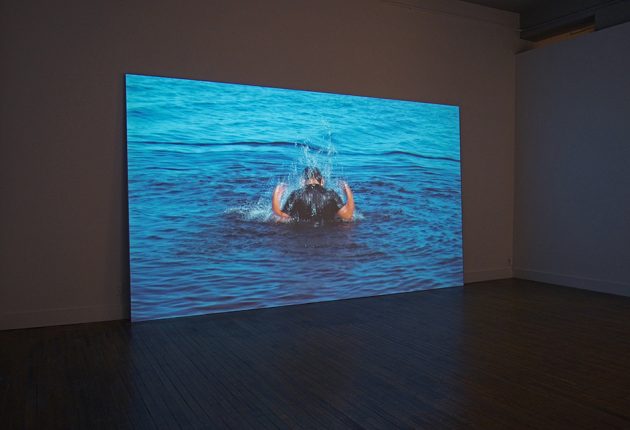 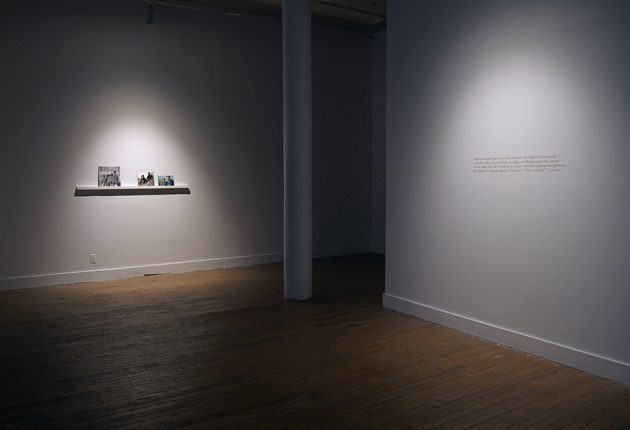 PLATFORM Centre in partnership with WNDX and Urban Shaman are pleased to announce At Pelican Falls, a solo exhibition of new work from Rebecca Belmore (BC). The show runs from 04 September – 21 October 2017 with an opening reception scheduled for Friday 08 September at 7:00 p.m. Belmore will give an artist talk at 2:00 p.m. on Saturday 09 September. Both events are free and open to the public. At Pelican Falls features two pieces of writing – a creative response from Florene Belmore (BC) and a critical examination of the work by Jessica Jacobson-Konefall (MB).

In early July, 2017 Scott Benesiinaabandan, Florene Belmore and Rebecca Belmore spent a week together in Sioux Lookout, Ontario. A photo from the Ontario Archives taken by John Macfie in 1955 drew the artists to the site. In the photograph, taken before the artists were born, seven boys from Pelican Falls residential school in denim coveralls watch a man fishing on the lake. They are facing away from the camera. “At Pelican Falls” focuses on experiential connection and archival intimacy within specific places.

All three artists’ extended families are connected to this place and history, and thus the image speaks to their own stories. Starting with the picture, they visited the old Pelican Falls residential school grounds, and fished at the falls. While they couldn’t locate the exact rock in the archival photograph, they quietly walked the grounds where the old school once stood. The resulting works articulate the visit and its significance to each artist in dialogue with one another, the photograph and the site.

This exhibition contains photographs taken by John Macfie located in the Archives of Ontario as well as his personal collection.

BIOGRAPHY
A member of Lac Seul First Nation (Anishinaabe), Rebecca Belmore is an internationally recognized multidisciplinary artist. Rooted in the political and social realities of Indigenous communities, Belmore’s works make evocative connections among bodies, land and language. Her group exhibitions include: dOCUMENTA 14 (2017), Athens, Greece,  Echigo-Tsumari Triennial, Niigata Prefecture, Japan (2015); Global Feminisms, Brooklyn Art Museum, New York (2007); Land, Spirit, Power, National Gallery of Canada, Ottawa, ON (1992); and Creation or Death: We will Win, Havana Biennial, Cuba (1991). Belmore was a recipient of the Gershon Iskowitz Prize in 2016 for her outstanding contribution to the visual arts in Canada, Governor General’s Award in Visual and Media Arts in 2013, the Hnatyshyn Foundation Visual Arts Award in 2009, and an Honorary Doctorate from the Ontario College of Art and Design University in 2005.

PLATFORM would like to thank the incredible Yellow Dog Tavern for sponsoring the opening reception of At Pelican Falls.

Images from At Pelican Falls