Mirror with a Memory is a catalogue comprised of new photographic work from Ashley Gillanders that explores the perception of space and time. Using a variety of imagery including theatrical stage curtains, mirrors rendered in virtual/digital environments, and fabricated sets paired with photographic ‘representations’ — this work relies on exploring the physical distance between seemingly similar objects to render spatial complexities and uncanny experiences that blur the lines between spaces of origin. Mirror with a Memory explores these spaces between physical and virtual space, questioning what is real and what is perceived to be real.

A publication in conjunction with Mirror with a Memory, a solo exhibition by Ashley Gillanders that ran from 10 January – 21 February 2020.

Produced by Also As Well Too Artist Book Library & Press in collaboration with PLATFORM centre.

Prairie Modernist Noir: The Disappearance of the Manitoba Telephone Booth is a bookwork that poetically and visually explores and documents the meaning, history, and architecture of the Manitoba telephone booth. Randolph spent six months exploring the province and photographing the last of Manitoba’s telephone booths with an old obsolete iPhone. Notably, MTS itself has also recently become obsolete, with Bell’s takeover of MTS in early 2017.

The book is based on a script from a performance Jeanne gave on 15 October at PLATFORM. Prairie Modernist Noir also took form as an exhibition at PLATFORM, running from 16 November–07 December 2018.

Published in collaboration with Artspeak in Vancouver, Quit, India., documents and elaborates upon Divya Mehra’s solo exhibitions at Canadian Artist Run Centres: Turf War presented at PLATFORM in 2010 and The Party is Over, presented at Artspeak (Vancouver) in 2011. It includes essays by: Amy Fung, Natasha Bissonauth, and Kendra Place. Special support for this project was provided by The Winnipeg Foundation.

“…Through the appropriation of pop culture references, (Mehra) tackles larger socio-political concerns and issues of class, race, and gender, making their persistent complications and disappointments fair game. She tellingly frustrates her audience. . . to expose the anxieties of the South Asian diaspora. . . By integrating humor to reveal hypocrisy, Mehra’s work reminds those paying attention that this isn’t an equal world, and losing this belief, this privilege, is at the heart of her work.” — Excerpt from foreword by Kim Nguyen, and J.J. Kegan McFadden

palimpsest (2012) acted as an anthology for programming that took place at PLATFORM centre for photographic + digital arts during the 2012 programming year. The publication includes contributions by 45 artists, curators, and writers all responding to the possibility of the photograph as a contemporary palimpsest, or re-writable text. Each exhibition and off-site project had its own dedicated chapter, in addition to artists’ projects and texts commissioned for the anthology. There are essays, curatorial texts, interviews, diary entries, poems, and even a one-act play all expanding on the implications of the palimpsest in our time.

This publication accompanied the exhibition Garry Neill Kennedy: Photoworks, 1969-2011 presented at the Louise and Reuben-Cohen Art Gallery of the Université de Moncton, from January 18 – April 1 2012 and PLATFORM from March 9 to April 20, 2013. The catalogue was published by the Louise and Reuben-Cohen Art Gallery in collaboration with PLATFORM and includes a feature essay by Stephen Horne.

“Garry’s approach to the camera is not one of preciousness; this is not to mean he is lazy about his approach to picture taking, on the contrary his work should be taken as indexical, investigatory, as Garry-at-the-ready.” — Excerpt from foreword by J.J. Kegan McFadden

As a thirtieth anniversary project, PLATFORM invited a roster of emerging and mid-career artists who have not yet exhibited with the gallery. Together, these exhibits offer insights and ruminations on failed love and thwarted dreams, as well as an overall malaise and melancholy stemming from our current climate steeped in popular culture.

An exhibition curated by Kenneth Montague featuring a selection of contemporary photographic artists whose work tells stories of Africa and African identity. 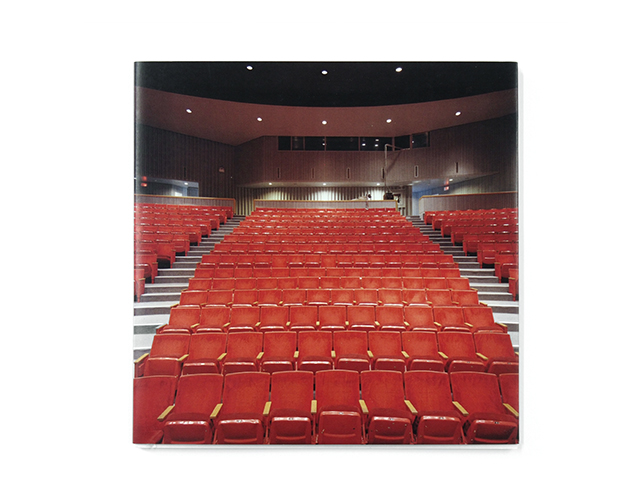 Published as a document of a performance lecture by Jeanne Randolph, produced in conjunction with the exhibition, Adrian Fish STAGED + Brian Joseph Davis VOICE OVER, which took place at PLATFORM from 11 July – 22 August, 2008. Foreword by J.J. Kegan McFadden.

“Randolph left her audience slack-jawed, giggling, head-scratching, and maybe a bit exhausted from an hour of free-association, jumping from one to the next in a series of images from her never-ending archive.”— Excerpt from foreword by J.J. Kegan McFadden

prairiescape was a new media project focusing on the landscape surrounding Winnipeg. PLATFORM commissioned three local new media artists, KC Adams, Richard Dyck, and Erika Lincoln, to each produce a piece of web-art on the theme of the prairies, probing the prairie landscape for artistic inspiration.

A publication in conjunction with Pictures from (Inside), a solo exhibition by Richard Hines. The exhibition ran from 11 January to 22 February 2008.

At the confluence between physical and psychological impediment, Richard Hines seeks to map the familial dynamic with the contours of personal experience. An elegant and haunting body of work which captures in-between moments that speak to emotional connection and detachment as well as intimacy and distance between the members of Richard’s immediate family.

A publication in conjunction with Vague Terrain, a solo exhibition of large-scale photo works by Lisa Stinner, whose prints feature sparse man-made environments of the type often found at temporary Home and Garden shows. The exhibition ran from 13 April to 25 May 2006.

Vague Terrain, the exhibition title, is play on a French term “terrain vague” used by architects to refer to transitional areas between developed, usually urban spaces. These areas are at once disorderly and derelict, yet radically free from function or human imposed purpose.

“Stinner’s images are void of the humans that have created the documented spaces. From a cool point of view she illuminates sociological issues related to the Western experience.” — Excerpt from foreword J.J. Kegan McFadden

A catalogue for Tree Planting, a solo exhibition by Sarah Anne Johnson that ran from 17 March to 28 April 2006.

Planting trees in Manitoba is a rite of passage for many young adults in Canada. Johnson participated in this activity and made it the subject of the exhibition, combining photographs shot during the course of her summer sojourns and sculptural figures and groups in constructed tableaux which were built later. The result fuses the immediate images captured in the moment with constructed images derived from memory and photographic record.

A catalogue for you’re all I ever think about, a solo exhibition by Meera Margaret Singh that ran from 7 January to 22 February 2006.

This series of Meera’s C-prints elicit a sense of loss or vulnerability in relationships, be that between individuals and/or the spaces they occupy. Despite the fact that certain images portray a solitary individual, the presence of another is always felt.

Working with a large format camera, Meera developed her narratives using elements of material culture (the clothing one wears, the art on one’s walls) as clues to interpreting her characters. Notions of tableau, portraiture, and staged photography are evoked. Acknowledging that we live in a society that is consumed by reality television and obsessed with social trespass, Meera creates a mise-en-scene that allows viewers access into others’ spheres.

A catalogue published on the occasion of the exhibition from October 1–23 1993, when PLATFORM was known as The Floating Gallery. The artists in the exhibition represent a diversity of positions, practices, desires and discourses when looking at the male body as a subject for the production of art. Artist in the exhibition were Daniel Collins, Edward Brenckman, Hamish Buchanan, Simon Glass, “Hutch” Hutchinson, Doug Melnyk, Marcus Miller, Robert Pasternak, Brian Piitz, Chuck Samuels, Susan Turner and Diana Thorneycroft.

Photographs is a limited edition publication dating back to PLATFORM’s origins as The Winnipeg Photographers Group / The Floating Gallery. The book served as a sampler of the exhibitions hosted for the programming year of 1985. Features photo work from artists Milan Aleksic, Robert Barrow, David Firman, Bruce Hanks, April Hickox, Joanne Jackson Johnson and Debra Mosher.