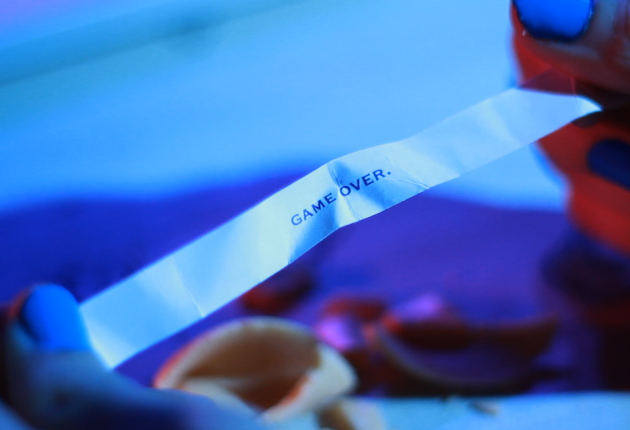 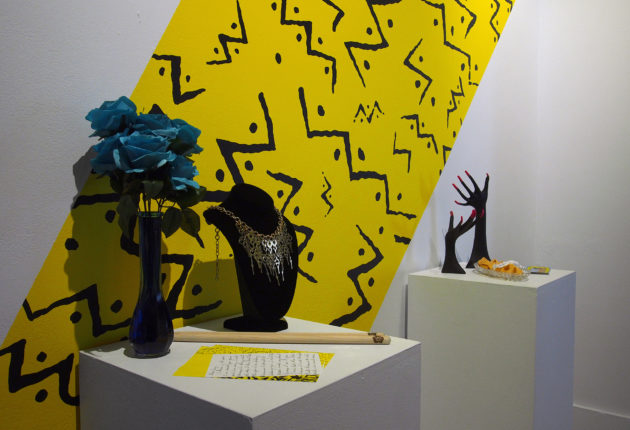 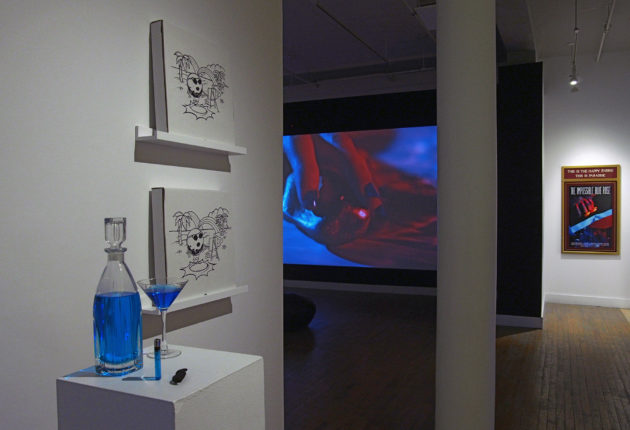 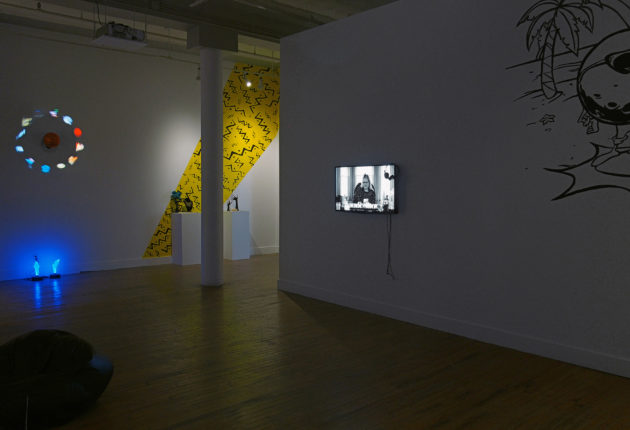 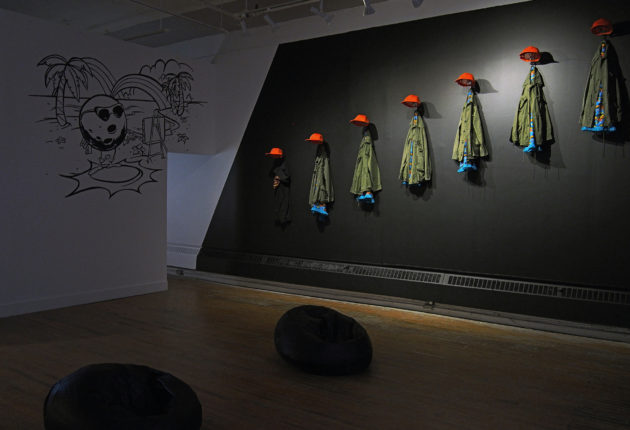 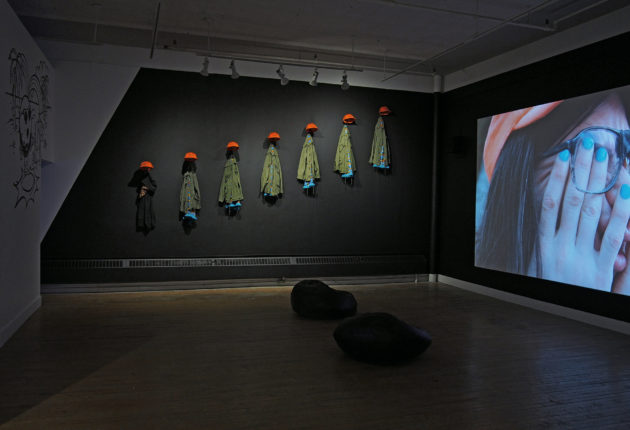 PLATFORM centre — in collaboration with WNDX — is pleased to announce Excerpts from The Impossible Blue Rose, a solo exhibition featuring the work of Lisa Lipton (NS). The show runs from 19 September – 02 November 2018 with an opening reception scheduled for Friday 21 September at 6:00 p.m. and an artist talk at 1:00 p.m. on Saturday 22 September. The artist will also be present for a screening of her feature length film “The Impossible Blue Rose” on Sunday 22 September at 1:00 p.m. at the . The opening reception and artist talk are free and open to the public while tickets for the Sunday screening are available at www.wndx.org.

“Is there truth out there on the road, or, for that matter, true love? There is only one way to find out.” (1)

From 2013-2016, Lisa Lipton developed a multipart project titled The Impossible Blue Rose. Comprised of nine chapters, it highlights an ambitious phase within Lipton’s work, one that interweaves performance, film and installation. Presented as a docu-fiction, the narrative is told through the eyes of eight separate selves or characters (i.e. Frankie, Lipton’s alter ego). Each chapter was conceived and performed in different parts of North America: Los Angeles, Death Valley, Fairfield, Vancouver, Windsor, Middle Sackville, Winnipeg and Woody Point, NL and Kailua, Oahu. The collection of chapters form an extensive narrative that documents a life on the road — a search for the impossible.

Excerpts from The Impossible Blue Rose will showcase the final feature-length video – Chapter IX – THE END, alongside Chapter VII – SIRENS, shot in Winnipeg during Lipton’s residency at Plug In ICA.

THE END, finds Frankie on the shores of Hawaii, where her dreams of paradise, love and a happy ending are placed into question. The conclusion reflects upon the content of Frankie’s journey, exposing psychologies around hope and fear, love and loss and life and death that followed her along the way. SIRENS takes place around a campfire in Winnipeg, during a phase of letting go and questioning – Will the story end as a comedy or a tragedy?

ABOUT THE ARTIST
Maritime-born, Lisa Lipton is a multidisciplinary visual artist, musician and director whose projects explore the potential for crossing genres of film, mixed-media installation, performance, theatre and music. Her visions reflect an interest in directorial and curatorial practices, collaboration and social interaction, as well as working within non-traditional contexts to explore the boundaries of performance and filmic production. Lipton was shortlisted for a Sobey Art Award in 2015, and longlisted in 2017, 2016, 2013 and 2012. Her work has been exhibited nationally and internationally, and she recently released a new sci-fi project, “Soon All Your Memories Will Be With Me”, at the Illingworth Kerr Gallery, Alberta College of Art + Design, where she also works as an instructor in sculpture. She received her BFA from NSCAD University and MFA from the University of Windsor.

Images from Excerpts from The Impossible Blue Rose