Featuring a new interactive data projection and a selection of digital prints, *Best*Amateur*Webcams* is the final exhibition in PLATFORM’s thematic year where the Centre has presented research stemming from the idea of the palimpsest. This research has attempted to correlate the ancient palimpsest (ie: re-writable history) as a contemporary metaphor for photographic practices. 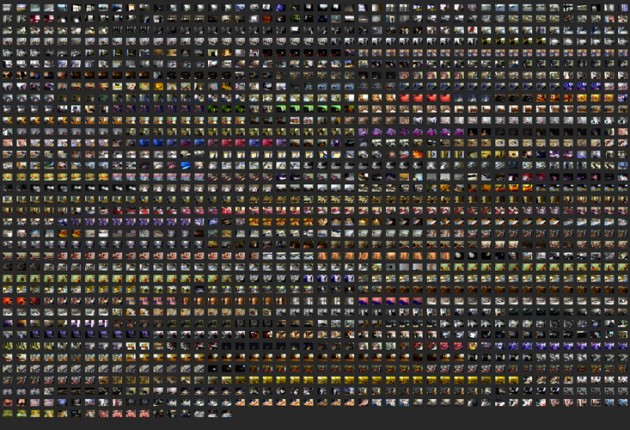 Sourkes’ exhibition explores weighty topics such as voyeurism, connectivity, and the ongoing power-dynamics in image taking  / broadcasting. Her art practice draws on the webcam-o-sphere for inspiration and for material. Over the past decade, webcams have changed from an obscure feature of computer hardware to standard equipment. These cameras provide access to formerly inaccessible or else neglected sites and subjects. Their presence on the Internet clocks quotidian reality and more nearly mirrors everyday life than does any other visual modality. Sourkes re/presents imagery generated by these cameras, while considering their theoretical implications. On the technical level, her production investigates the possibilities of low-resolution images. Typically low-res signals immediacy and urgency. It references Internet communication. Webcams along with cell phones and other wireless mobile devices operate in an ever-expanding zone of distributed consciousness. So on the level of technique, as well as on the level of content, webcam-generated material enacts a noteworthy paradigm shift taking place in visual culture.

Webcams automatically produce viral images that disseminate widely at great speed; their output however is completely fugitive. As each manifestation is quickly replaced by the next, these photographs disappear almost as soon as they come into existence. Webcam images are virtual refuse that participate in economies of the discard. They are portals to inaccessible places. Gathered together however, webcam photographs constitute a portrait of contemporary culture, one that interrogates the more readily available, popular media versions. The images in this exhibition have been culled from personal webcams. They show computer and television screens, people sleeping, gamers in Internet cafes, etc. This work embodies absence, delay, substitution, deferral, displacement, distribution, dissociation, dissolution, that sort of thing.

As part of our commitment to critical discourse,  PLATFORM has commissioned a new text by award-winning poet, Rachel Zolf,  to accompany this exhibition. This response takes the form of a one-act play, however the allusions and illusions to online chatter are unmistakable.

PLATFORM is very pleased to be partnering with community organizations, including the Martha Street Studio / Manitoba Printmakers Association, who is hosting Sourkes in a brief residency where she will print new work for her exhibition at PLATFORM; as well as the University of Manitoba School of Art, who are hosting an artist lecture by Sourkes prior to the exhibition opening.

Please join us for the opening reception Friday 02 November beginning at 7PM.  Refreshments will be served.

Veteran of the Canadian art world, Cheryl Sourkes grew up in Montreal and studied psychology and biology at McGill University before moving to Vancouver in 1967 where she became involved with Intermedia, a Dadaist collective that helped spawn the Canadian artist run movement. Following a spell back in Montreal in the late eighties, Sourkes has lived and worked in Toronto where she has been on several boards, curated a not-for-profit gallery and edited visuals for a feminist literary journal. Her exhibition of sampled web cameras, Public Camera recently toured the country stopping for a run at The National Gallery of Canada.In 1996, Sourkes acted as curator for the touring exhibition, Found Missing: Archival photographs and the new historicity, which PLATFORM presented (then known as The Floating Gallery). http://www.cherylsourkes.com/

Rachel Zolf’s writing practice explores interrelated materialist questions concerning memory, history, knowledge, subjectivity, and the conceptual limits of language and meaning. Her fourth book of poetry is Neighbour Procedure (Coach House, 2010). Human Resources (Coach House, 2007) won the 2008 Trillium Book Award for Poetry. She was the founding poetry editor of The Walrus magazine, and her poetry has been translated into French, Spanish, Portuguese, and video art form. Zolf recently wrote the screenplay for New York artist Josiah McElheny’s film, The Light Club of Vizcaya: A Women’s Picture, which will premiere at Art Basel Miami Beach this December. She is an assistant professor in English and Creative Writing at the University of Calgary. She is also a PhD Student at the European Graduate School, under the supervision of Judith Butler. Here is how Butler supervises Zolf: http://www.youtube.com/watch?v=C50MjBN7a5A

PLATFORM wishes to thank Manitoba Arts Council, Winnipeg Arts Council, and W.H. & S.E. Loewen Foundation for their continued support of our programming; as well as our colleagues at Martha Street Studio, and  University of Manitoba School of Art, in addition to the following individuals for their assistance in this project:  Shawna Dempsey,  Larry Glawson, Mary Reid, and Dominique Rey for their sponsorship and assistance with this exhibition. 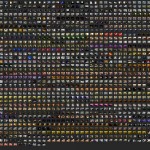