PLATFORM centre for photographic + digital arts is pleased to present Blue Shift, a solo exhibition of new work by Jonah Groeneboer. Please join us on Friday November 27th for the opening reception. The artist will be in attendance. The event is free and all are welcome to attend. 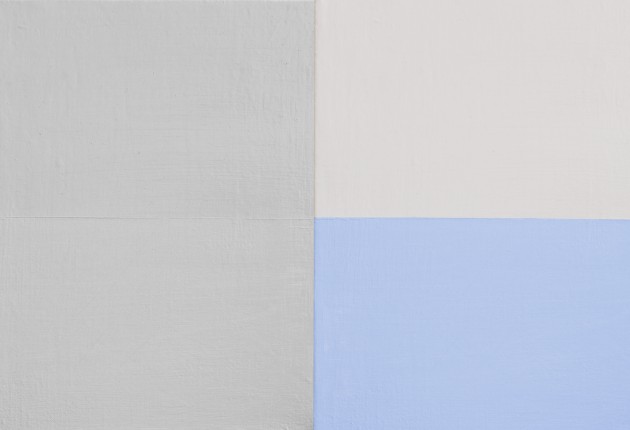 Blue Shift considers the optical phenomenon of viewing under moonlight conditions through the mediums of painting and photography. Informed by two years of research on colour perception and retinal behavior under low light conditions, Groeneboer presents us with an exhibition of ten works, each consisting of a two-colour painting that contrasts under sunlight but has an identical tone under moonlight. Each painting is paired with a black and white photo exposed under moonlight.

Using one medium to undermine the authority of the other, the exhibition presents an opportunity to consider the complexities and conditions of vision itself; through a close study of colour, Groeneboer uses abstraction to address the problems of representation and subjective viewership. Using his own experience as a queer and transgender person, Groeneboer’s practice is grounded in new materialism and non-universal phenomenology.

Accompanying the exhibition is an essay written by David Getsy titled: “Seeing Commitments: Jonah Groeneboer’s Ethics of Discernment.” Blue Shift is the first solo exhibition in Canada of Vancouver born, New York-based artist Jonah Groeneboer. Blue Shift is curated by Derek Dunlop and the exhibition includes an interview between the artist and curator. On Monday December 14, David Churchill will be presenting a talk titled: “Homophile Representation and its Discontents: Visual culture and queer bodies in North American and Europe in the mid-20th Century.”

Jonah Groeneboer is an interdisciplinary artist working in sculpture, installation, drawing, video, and photo. He uses the aesthetics of post-minimalism and abstraction to engage with systems of form and meaning-making. The theoretical foundations of his practice include new materialism, non-universal phenomenology, and queer studies, as well as his own experience as a queer and transgender person.

Current shows include Greater New York at MoMA PS1, Island time, at CAMH and Blue Shift, a solo show at Platform Centre for Photographic and Digital Arts in Winnipeg. Groeneboer has shown in New York, Los Angeles, Chicago, London, Berlin, and Oslo. His work has been written about in the New York Times, the New Yorker, and Art Journal. He has been an artist in residence at Ox-Bow School of Art, the Fire Island Artist Residency, and Recess’s Session program in New York City.

David J. Getsy is the Goldabelle McComb Finn Distinguished Professor of Art History at the School of the Art Institute of Chicago. He writes about art’s histories of the human form and its alternatives. His recent books include Abstract Bodies: Sixties Sculpture in the Expanded Field of Gender (Yale University Press, 2015), Scott Burton: Complete Writings on Art and Performance, 1965–1975 (Soberscove Press, 2012), Rodin: Sex and the Making of Modern Sculpture (Yale University Press, 2010), and, forthcoming from MIT Press in 2016, the anthology Queer for the Whitechapel Gallery’s “Documents of Contemporary Art” book series.

Derek Dunlop completed his MFA at the University of British Columbia and is currently based in Winnipeg, where he was born and raised. Dunlop is a curator, writer, and an artist with a studio-based. His research has primarily explored the political, ethical and philosophical conditions for contemporary abstraction. He has been the recipient of numerous grants and awards including The Helen Pitt Award, the BC Binning Memorial Fellowship, The Andrew MacIntosh Memorial Book Prize MFA, and the Jan and Adam Waterous Scholarship. His work has been featured in exhibitions across Canada and the US, including at the Drawing Center in New York City, and the UCLA New Wight Gallery in Los Angeles.

David S. Churchill is a Professor of History at the University of Manitoba where he teaches the History of the Unites States. His research focuses on issues of gender and sexuality, social movements, and transnationalism. He currently holds a multi-year Social Science and Humanities Research Council of Canada (SSHRC) Insight Grant. He is the former Director of the University Manitoba Institute of the Humanities and was a Rockefeller Humanities Fellow at Columbia University in New York. 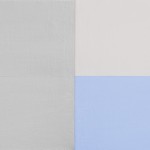